The Importance of Iodized Salt

Details :  Roshni was cooking food. That day, there was no salt at her home. She asked her father to give money so that she can bring salt. She went to the nearby shop but she returned empty handed. She said that iodized salt was not available in the shop. Her father became angry and said that it is the result of meeting which has made her crazy. But, then Roshni explained to her father the advantages of using iodized salt including the prevention of disease like Goiter. She added that she will herself go to market by bicycle and her father will not have to go to market. Her father and mother agreed to this. Then, Roshni bought iodized salt from the market and cooked food with iodized salt only.

Conclusion : Roshni was able to know about the importance of iodized salt at the SHG meeting. She successfully communicated its importance to her parents as well. 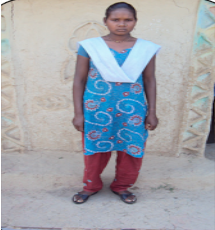